"OEM All-in:" a Report on Car Manufacturer Ads in Canada

View and download the report: "OEM All-in: the Case for Covering Car Manufacturers by the MVDA Advertising Regulations"

In Ontario and elsewhere in Canada, when car dealers advertise a vehicle, their prices must be all-in.  Manufacturers, however, can misleadingly strip down prices as they see fit.  Click the link above to read why - and more importantly how - this regulatory loophole should be closed.  You can also watch the vlog intro.
﻿﻿﻿

Posted by Miloš Vasić at 14:52 No comments: Links to this post

"A Problem in its Infancy:" a Report on Extended-term and Subprime Car Loans

View and download the report: "A Problem in its Infancy? Reflection on the Rise of Complex Auto Financing"


The graphic below sums it up nicely: car loans are becoming complex in ways that many of us can't anticipate.  Click on the link above read my report - sponsored by OMVIC (Ontario Motor Vehicle Industry Council) - on the potential consequences of this troubling trend. 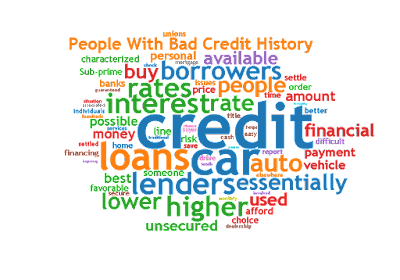 Posted by Miloš Vasić at 21:04 No comments: Links to this post

In the sidebar to the right you'll find the links to pdfs of the course handouts, hosted by a third-party website, Scribd.com.  As you see, they're organized by week, as outlined on the 'Critical Path.'  To download the pdfs, follow this procedure (if not, it won't work): first open a new tab in your browswer and go to scribd.com.  Hit the login button in the top-right, and sign in with the following dummy account:  socistudent (both for the username and password).  After you've logged in, toggle back to this blog, then follow the links and download the pdfs.
Posted by Miloš Vasić at 11:55 No comments: Links to this post

Gender is fast emerging as a prominent theme in my interviews on car buying.  Men and women don't simply differ in their automotive preferences, they experience the transaction differently.  This difference has been well documented over the years:  in the US in particular, women, along with visible minorities, tend to negotiate higher prices for cars than white men.

In my interviews I've been deliberately vague about the issue, hoping to elicit a range of answers (I simply ask women if they felt they were treated like women buyers) .  For some women, it's been pretty obvious:  one interviewee was asked - more like obligated - to parallel park during the test drive; in another case, a sales manager tried to impress upon a couple the importance of their business by offering a shopping bag to the wife!  But for the most part, what women feel in the thick of an interaction is harder to specify: a subtle yet pervasive vibe the salesperson must be patronizing.

It would appear, however, that the automotive industry has taken note.  Last December I was listening to Dave's Garage, an AM-radio talk show hosted by Dave Redinger and Alan Gelman.  Their guests that day were Debbie Sguigna, a Kia sales manager, and one of her sales staff.  At one point Ms. Sguigna mentioned a 'woman-certification' process her staff could undertake, which is essentially sensitivity training.  You can hear her explanation of it below (for your viewing enjoyment, I've added a montage of shots of Marshal Stalin, may his poisoned soul rest in peace):

This clip always cracks me up because the hosts - to me at least - can barely hide their indifference:  Alan tries put the kibosh to the discussion about at the 1:30 mark, but Debbie forges on.  Ten seconds later it's Dave's turn, but a last-second question by Alan saves it for a little while longer, giving Debbie's "Seoul Man" a rare opportunity to speak!

To be honest, I don't know what to make of the whole idea of 'woman-certification.'  I'll mention it in interviews every so often to hear what women have to say.  One of my respondents found it downright disturbing:  "What d'ya mean?" she asked incredulously. "Their salespeople are certified in sensitivity training and that's the way they try to sell the car to people for as much money as they can possibly get?  God help us!"

Conspiracies aside, I can't help but wonder, what's more condescending:  being offered a shopping bag by overzealous manager, or being treated like some 'special case' who requires extra sensitivity?  One woman I interviewed, who just happened to purchase a Kia, actually resented having the safety features emphasized by the salesman.  She wasn't necessarily interested in technical specs, but she didn't see why the specs, as incomprehensible as it may be, had to be skipped either.  After all, what proportion of men can adequately explain how torque differs from horsepower, or why a V6 engine is 'better' than a regular four-banger?

But of course, whether woman-certification is condescending is of little relevance.  What really counts is that it's a tool by which salespeople know their woman customers.  Its purpose isn't to make women's car purchasing experiences more enjoyable, or even to maximize the vehicle's price, as my above interviewee suggested.  I suspect its ambitions are instead much simpler:  to create the sorts of conditions whereby women actually begin acting like typical woman customers.  Another way of looking at it, woman don't need salesmen to sell them a car; given the proper cues, they'll sell it to themselves!

(To participate in The Car Buying Project, see the 'Call for Interviewees')
Posted by Miloš Vasić at 10:11 No comments: Links to this post

Introduction to the Car Buying Project: Call for Interviewees and story
(16 February, 2011)